Compact controller with a ColdFire CPU, with a base as big as a C5 envelope.
Description and equipment of our controller BES/S4 as pdf 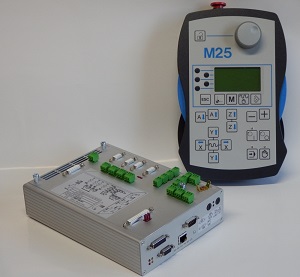 Differences to the BES/C (not mentioned features as with BES/C, see info):